Already using Social Media? Follow WendyChamberlain.com.au for the latest about tips and tricks when it comes to buying a home and hiring a buyers advocate.

More people are choosing Melbourne as their place of residence. This is expected to continue in the next two decades with some suburbs experiencing a population explosion. According to state government forecast, the increase could be twentyfold.

In the western part of the capital city, for instance, Rockbank and Mount Cottrell only had a population of 3,000 as of 2016. By the next 20 years, these two areas will be home to some 65,000 people.

The Department of Environment, Land, Water and Planning has identified 29 suburbs that will double its population by 2036. For this reason, planning experts have expressed concern if infrastructures are in place to meet the population’s demands. 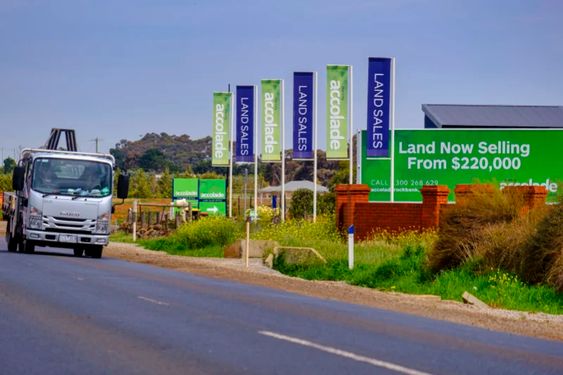 Some areas identified in Melbourne’s west include Melton South, Tarneit, Werribee West, Werribee South, Wyndham Vale and Point Cook South as well Hillside in the north-west. In the nothern part, suburbs include Greenvale/Bulla, Craigieburn West, Mickleham/Yuroke, Wollert and Whittlesea, up to to Wallan. In the south-east, expected to experience population explosion are the suburbs of Cranbourne South, Cranbourne East, Beaconsfield/Officer and Bunyip/Garfield. The inner-city of Melbourne is predicted to follow the same path led by Footscray, Docklands, South Melbourne, the CBD and North Melbourne. Suburbs outside of the fringes set to double their population are Delacombe and Alfredton, in Ballarat, and Grovedale, in Geelong.

According to Planning Institute of Australia’s Victorian branch Laura Murray, while the state may not have updated its housing strategies, it still has a lot to offer people wanting to move to the area such as Melbourne. These include a national settlement strategy, affordable housing, new jobs and public transport infrastructure.

Looking to buy in Melbourne and sick of missing out at auction? Talk to me about how I can help you buy your new home faster, for less.

WANT TO USE THIS ARTICLE?

You can as long as you include the following (links must be active):

With a passion for all things real estate spanning over 20 years, Wendy loves that her role as a Buyers Agent and Sellers Advocate gives her buying and selling clients an experienced voice they can trust when it comes to negotiating to buy or sell something as important as their home or investment. Wendy considers it a privilege to be asked to help others realise such an important goal as home ownership and to be trusted with that honour. Get in touch today via www.wendychamberlain.com.au for a no obligation chat about how Wendy can work with you and help you save time and money to secure your new home sooner.

Build a green home in Australia and get a discount on your mortgage. @BIAUS
https://t.co/LFhkIKqksU
View on Twitter
0
0
Wendy Chamberlain @wendy_moore

How home buyers can tell between a scam or a genuine opportunity. @michaelyardney
https://t.co/G77oWpjbAx
View on Twitter
0
0
Wendy Chamberlain @wendy_moore

First home buyers in Melbourne on the race for a spot in the government scheme. @Domaincomau
https://t.co/1kjJWUb1ZZ
View on Twitter
0
0
Wendy Chamberlain @wendy_moore

What are the hidden costs of buying a fixupper home? @realestate_au
https://t.co/ifEvcMyOyk
View on Twitter
0
0
Wendy Chamberlain @wendy_moore